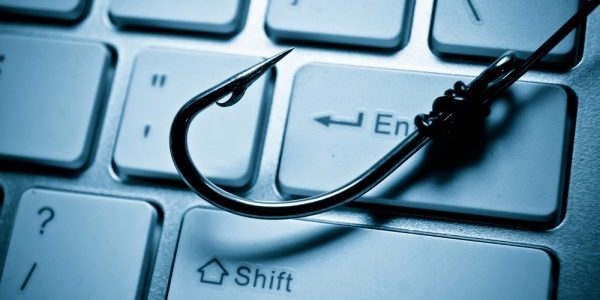 As tax season is upon us, it is important to remind ourselves of whaling campaigns, which essentially are phishing scams but on a much larger scale. Whaling scams typically target large amounts of sensitive employee data (tax season = W2’s) or wire transfers for fake invoices. During tax season in 2016, cyber criminals successfully targeted 41 organizations for employee W-2 information. One particularly bad W-2 whaling scam led to the University of Kansas employee paychecks being diverted from their accounts after they received fake emails asking them to update payroll information.

Whaling scams catch people by surprise because they believe that they are receiving a legitimate request from inside their own organization (CEO, CFO, HR). The emails play on emotions with orders for urgent actions to pay invoices, update payroll information, or the need to file tax statements.

During tax season, whaling campaigns are particularly lucrative for cyber criminals because with the W-2 information, they can file false tax returns and divert refunds from the actual person. Prior to last year, the IRS would not alert a person if they detected fraudulent tax filings but with the recent spate of data breaches and the number of false filings, the IRS will now does analyse on the filings to check consistency against previous years and will alert the taxpayer if they notice inconsistencies.

Even with all the checks in place, there were still around 275,000 claims of taxpayer identify theft reported to the IRS in 2016 and Experian’s Data Breach group handled more than 70 cases each week tied to W-2 schemes.

In April 2015, Mattel fell to a massive whaling scheme that saw $3 million diverted to Chinese cyber criminals. Luckily for Mattel, the money was wired over a Chinese holiday and they were able to work wiht the Chinese authorities to recover most of the funds.

In May 2016, the CEO and CFO of an Austrian plane manufacturing company both lost their jobs after falling for a whaling scheme that cost the company nearly US$57 million. The company managed to recover some of the money but most of it disappeared into foreign bank accounts.

And in January 2016, a Belgium bank lost US$75 million dollars after an email was sent requesting a money transfer to finalize an urgent business transaction.

So That’s the Bad News, Now How Can Organizations Combat Phishing?

Empowerment, verification, and employee education are key in combating whaling schemes. Anti-virus and anti-malware solutions will not stop phishing emails from being delivered or the links being clicked on or sensitive data being sent to the wrong person. It’s only when an employee is empowered to ask for verification and taught to question unusual circumstances that organizations will be able to defeat phishing scams.

The news of failure is constant but there are success stories everyday due to vigilant and aware employees. One such success story happened with week to a company that Axiom works with in Southern California. The “CEO” emailed his executive assistant and told her to wire money to someone right away. She thought it was odd as he typically did not send those type of emails and asked for verbal confirmation. The answer was “what are you talking about?” and Axiom was called for advice.