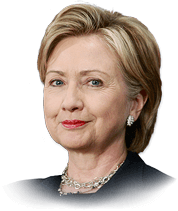 No matter which side you might fall on, we all can agree that this has been by far one of the most interesting political seasons to say the least.

As chaotic and controversial as this election has been though, it is all finally dwindling down next Tuesday, November 8th, as we will finally find out who will be our next President of the United States. This election is one of the most important yet and it will surely go down in history as one that has been the basis for many discussions and disputes in the homes of Americans. Among the many issues discussed, cybersecurity has been a major talking point at many of this year’s debates and campaign rallies. Millennials have even weighed in saying that a candidate’s position on cybersecurity is an important issue to them.

Being a technology-related topic, this is one of the newer issues that candidates must weigh in on that has not been involved in many previous elections. Because of this, many people may have questions surrounding this topic. To help answer some of these questions, below is more information on each of the candidates’ views on cybersecurity as well as their plans of attack, should they be elected.

Former Secretary of State and 2016 Democratic Presidential candidate, Hillary Rodham Clinton, encompasses her cybersecurity plan under her more broad national security goals. Clinton focuses her plan on combating what she claims to be foreign threats from countries including China and Russia, though she recognizes that there are domestic threats as well. She sees that cybersecurity will be of great importance if she were to be elected, saying, “[Cybersecurity is] one of the most important challenges the next president is going to face…” Clinton promises to stay ahead of cyber-threats, saying, “Our country will outpace this rapidly changing threat, maintain strong protections against unwarranted government or corporate surveillance, and ensure American companies are the most competitive in the world.” Clinton has outlined a few preliminary steps that would be crucial to her cybersecurity plans, and consequently, her overall nation security plan as well:

Well-known business man and former television producer/host turned politician, Donald J. Trump, is the 2016 Republican Presidential nominee. Similar to his Democratic rival, he believes that the threat of cybersecurity is not only real, but needs to be dealt with swiftly and with extreme precision. His overall view on the issue is well summarized when he says, “The scope of our cybersecurity problem is enormous. Our government, our businesses, our trade secrets and our citizens’ most sensitive information are all facing constant cyber-attacks.” During a campaign event in early October, Trump said that if he did become President, “…improving cybersecurity will be an immediate and top priority for my administration.” Though the candidates both agree that cybersecurity is a major threat, like most things, Donald Trump has a different view on how to handle it than Hillary Clinton:

The third party candidates also competing to become POTUS this year include Libertarian candidate, Gary Johnson, and Green party candidate, Jill Stein. Though the two have not participated in the televised Presidential debates, they each have a stance on cybersecurity. Johnson claims that he would have as little federal government control on the Internet as possible, having “criticized the Patriot Act and cybersecurity legislation for allowing the government access into the lives of private citizens.” Jill Stein says that were she elected, she would plan to negotiate an international treaty banning cyberwarfare with the nation’s overall security in mind. 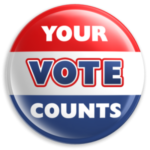 Regardless of your stance in this political race, make sure that you exercise your right to vote! No matter which issues matter most to you, Americans throughout history have fought for us all to have the freedom to participate in this political process, and it is extremely important for each individual to go out and vote in this election in order to have his or her voice heard!